Sardinia is like a professional top model, always ready to pose for a great picture; it is incredibly photogenic and always looking at its best no matter what the weather conditions are. Finding the perfect photographic spot is an easy task – or an incredibly hard one, depending on how one may look at it. There are simply too many places around the island that scream to be photographed and a lifetime here would hardly be enough to cover them all.

The following five are just some of the most amazing photography spots in Sardinia.

One of most beautiful towns in Sardinia’s west coast, Bosa is full of colors: pastel houses lined along the river Temo, fishing boats, palm trees along the riverfront lead the way to the Malaspina Castle, built on top of a hill in the early 12th century in order to protect Bosa from raids by Arab pirates. If the town is a feast to the photographer’s eyes, the view from the Castle is the cherry on an already perfect cake.

Perhaps the most famous beach and one of best photography spots in Sardinia, definitely for a good reason. Opposite Isola Piana and Asinara islands at north-west edge of Sardinia, the gorgeous La Pelosa amazes locals and tourists alike for its fine white sand and its transparent turquoise water. The beach is surmounted by a tower, one of the many control towers built during the Spanish rule that are scattered around the island and that is the subject of many a picture.

Facing the wild seas of the Sulcis Iglesiente coast in south-west Sardinia, the Laveria Lamarmora was opened at the end of the 19th century and is now part of the bigger Mining Park, a UNESCO World Heritage Site. What makes this unique industrial archeology site a special place to photograph is the construction style – stones, a series of arches and two chimneys – and the fact that it directly faces the sea. Spectacular view and great shots are guaranteed.

A paradise for bird watchers, the Regional Nature Park of Molentargius spans between Cagliari and Quartu Sant’Elena, Sardinia’s largest cities, and takes its name from the presence of “molentis” (Sardinian for donkeys) which in the past were used to transport the salt gathered in the salt pans – whose activity ceased in 1985. Nowadays Molentargius is a famous nesting point for pink flamingoes. The sights of the park and from the park are breathtaking.

One of the deepest canyons in Europe, Su Gorropu gorge can be reached via several hiking trails that offer amazing views of the Supramonte mountain range in central-east Sardinia. It’s limestone walls tower up to 400 meters in height and in some points lean spectacularly inwards, filtering the light in a most beautiful way. Which photographer wouldn’t want to capture that light?

If you got inspired by the sensational beauty of Sardinia, check out these cool photo-expeditions with pro photographers:

This post is written for Gaveena by sardinian blogger Claudia Tavani, check out her cool and inspiring blog My Adventures Across the World 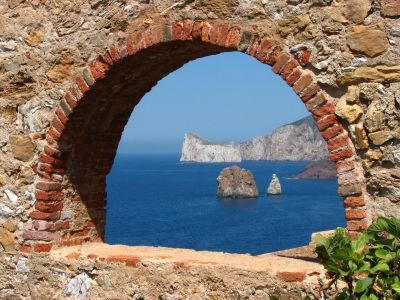 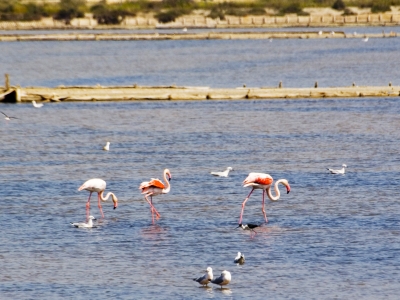